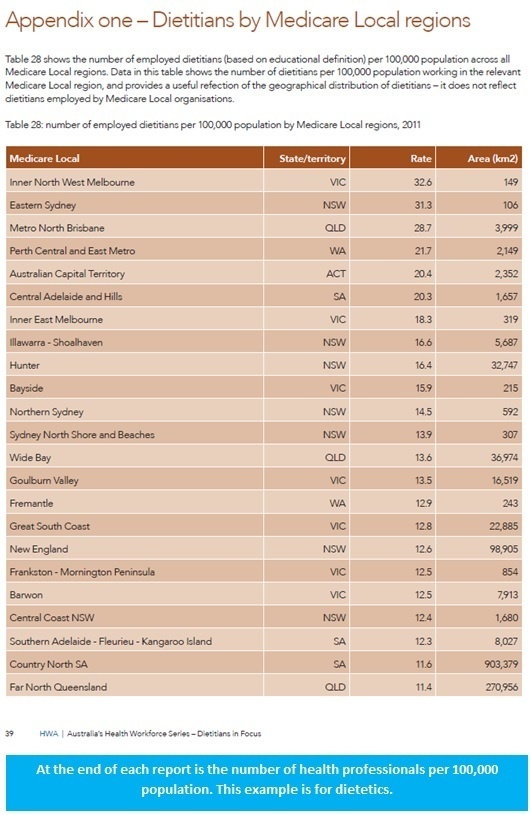 Country of birth
The 2011 census data shows that 78.1% of Australia’s employed dietitians were born in Australia, with 8 of these practitioners being Aboriginal or Torres Strait Islanders.

Summary
Given that the numbers of dietitians as a ratio to the number of people in the Australian population has increased, as well as the fact that many dietitians are working in other occupations, you can expect a competitive jobs market for dietitians in the next few years. The Health Workforce Australia report also states “given the number of student commencements and completions compared with the size of the workforce, it could be expected more dietitians want to enter the workforce than are required to replace those leaving.”