“I love being a psychologist. There is nothing more thrilling than seeing someone turn their life around through more effective thinking and behaving. It’s all about quality of life and helping people’s happiness.

One of my favourite client turnarounds is what I mentally call “the 20 minute butterfly” story.  I was working with a group of adults who had been abused throughout their childhood by their addicted parents. Those attending struggled with poor self-esteem and lacked confidence in themselves and their decision-making. The program ran for 12 weeks.

One quiet, slender woman attended week after week, barely saying a word. As we drew closer to the end of the 12 week program, I could see she was getting increasingly anxious – she hadn’t been “fixed.”  Week 11 arrived and, in a tiny voice, she told of how she never felt the same as the other kids at school.  She felt that she was wasn’t okay – that she was slow and different.  A critical element in life is how we view ourselves.  Reframing enables us to look at the same facts from a different perspective.

In the group, I used the analogy of children being given the task of drawing a butterfly and, once finished, being free to go outside and play.  I described how many children would rush through drawing their butterfly so that they could go play with their friends.  However, there are some children who would spend up to 20 minutes drawing a meticulous and detailed butterfly.  These children may not be the majority; however the world still needs 20 minute butterfly drawers.  There was an almost holy silence in the group … then she give a little nod, we saw her face light up with an acceptance (perhaps for the first time) of how she was.  In that moment she understood that was okay to be a 20 minute butterfly drawer.  It was okay to be her. 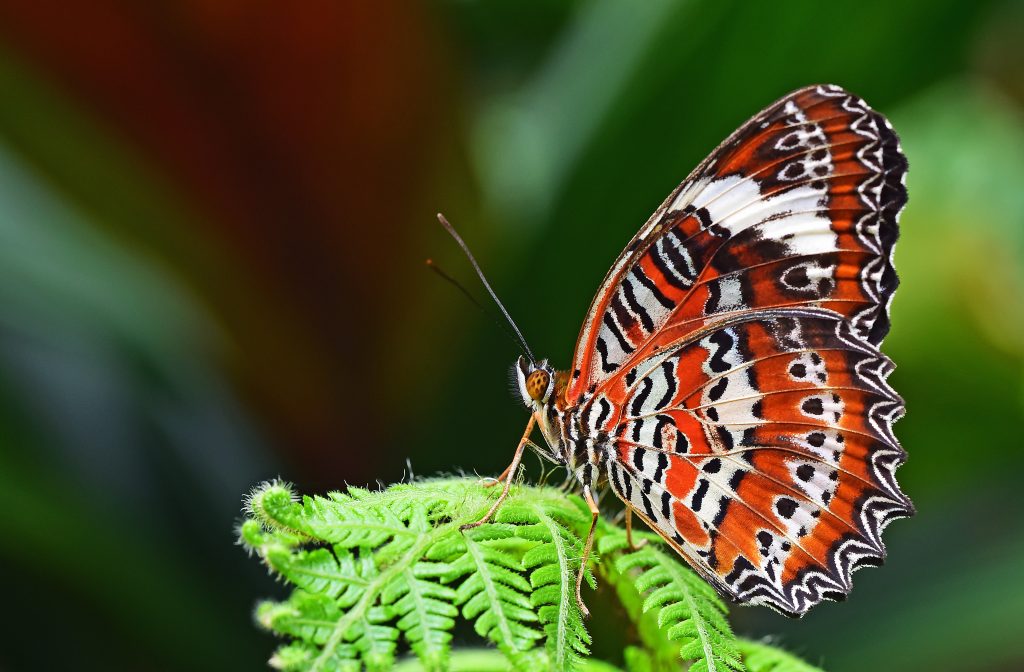 Ways in which quality of life can improve for a client

So many people think that they are not okay.  I’ve watched repeatedly how quickly people leap to the assumption that they haven’t achieved the results they wanted because there is something wrong with them.  Yet I firmly believe that it’s not “faulty people” instead it’s a skill/knowledge deficit.  We “don’t know what we don’t know” and we get very little training in how to be effective as people.  Much of psychology is helping people think and act more effectively; along with challenging any limiting or negative assumptions they make about themselves.

One of the best things as a psychologist is the relief you see on a client’s face when they finally manage to express a deep-seated fear which is keeping them stuck and you are able to help them view the situation differently.  All too often fears we hold about ourselves simply don’t stand up to logical examination.  Once a client is willing to trust you with their fears and underlying beliefs, you can then help them evaluate how realistic their thinking is, plus work with them to develop alternative options for dealing with the situation.

There is no one answer, one right solution or one right way to help.  Finding the way forward is as variable as the clients you meet.  One woman I worked, Marie (not her real name), with was being bullied by her mother-in-law.  Every week Marie would pick up her mother-in-law and the Mother-in-law would walk into Marie’s house and literally draw her finger along furniture to check for dust.  She wouldn’t hesitate to poke her nose into different rooms, even opening drawers and wardrobes, to see whether everything was organised and in good order.  Marie was a very timid woman with a spouse who couldn’t see anything wrong with his mother’s intrusion.  It would have been highly unrealistic to embark on teaching Marie assertiveness skills as she could barely speak up for herself, let alone have any hope, at this point, in challenging her dominant mother-in-law.  So we looked at what Marie could manage.  The mother-in-law came over specifically to see the grandchildren plus her and her son placed a great emphasis on education.  Our goal was to limit the amount of time Marie was exposed to the mother-in-law while still enabling her to see the grandchildren.  Marie’s homework was to find a course she could enrol in that would limit the amount of time she was available to spend with her mother-in-law.  This way Marie could very reasonably explain why she was picking the mother-in-law up on the way to collecting the children from school.  Marie and the children would host her mother-in-law for about 90 minutes until Marie’s spouse came home.  He would then have a cup of tea with his mother and drive her home.  It took a while to organise, however Marie could see the light at the end of the tunnel.  Her depression and anxiety reduced.  She was excited about studying and also thought it would help her gain confidence.  She even had the quiet amusement of being praised by both her spouse and his mother for seeking to “better herself”.

Having talked to thousands of people, I have come to understand that happiness is frequently defined by a person’s life circumstances.  It might mean no longer fearing being beaten up by your partner because you’ve found the courage to go to a domestic violence shelter.  You know there are still challenges to face, however you’re glad you’ve taken the hardest step.  Or what about changing jobs?  Today I listened to someone talk about the relief and sense of “lightness” they felt upon quitting their old job.  They enthused about no longer feeling stressed about going into work.  They were excited about their new job and the coming year.

Happiness isn’t static… it changes with circumstances and as we learn and grow.

Typically when you ask a client what would make them happier, they might start talking about big picture items such as money in the bank, good health, good friends, an interesting job in a pleasant environment; however, when you get down to the nitty-gritty, it’s normally something quite specific that will improve their quality of life.  Maybe it’s learning how to deal with the office bully, losing weight or quitting smoking, perhaps resolving a fight with their best friend or the shame they feel because their house is cluttered with hoarded items.

Often one of the most useful ways you can improve the quality of life for a client is to get them to be specific about what would help improve their circumstances.  Explore the details, don’t accept generalities or sweeping statements.  Ask questions about who precisely is involved?  What exactly do

they do?  How often?  Under which circumstances?  Is anyone else involved?  The deeper you go, the more likely the client will identify helpful actions, underlying thoughts and assumptions.

Being a psychologist is one of the few jobs where you are paid to learn to be more effective as a human being.  I have always found it really fulfilling; however there is one caution.  You need to be prepared to do your own work – “to walk your talk”.  I don’t think it’s ethical to ask clients to face their fears and to struggle to change if I’m not prepared to do the same myself.  Of course, the upside is that I get to grow boosted not just by my own experiences, but also by the experiences of my clients.”

Tracey McGrath is a practicing psychologist who served for ten years on the governing council of Polytechnic West. She is the only Australian to receive a WOW! Award for excellence in customer service and one of only two Australian representatives to attend the “Nexus International Conference on Emotional Intelligence” in San Francisco in 2000.