The best parts about being an optometrist

Given that approximately 75% of vision loss is preventable or treatable, there is usually something that can be done to help your patients.

Given that work-related factors such as clinical challenges keep 78% of Australian optometrists happy and satisfied with their profession, you will most likely enjoy this profession if you like the challenge of putting together all the clues to reach a diagnosis and management plan in complex cases.

The scope of practice of optometrists is expanding. Students commencing an optometry degree in the future will be therapeutically endorsed when they graduate. This means that they will be better placed to assist some of their patients who present with eye inflammations, infections and injuries. It is expected that the number of people presenting to optometrists instead of emergency departments with eye injuries will increase.

In this video 2002 QLD/NT Optometrist of the Year Michael Hare talks about how he fell in love with the profession:

Things you really need to consider before deciding to study optometry

Breaches of legal & ethical responsibilities – It is important to be aware that there is generally a significant retail and fashion aspect to optometry,

with most practices selling spectacles and contact lenses. While the accepted industry standard is 30 minute consultations, some practices have their optometrists working to 20 minute consultation schedules. There have been reports of some optometrists being asked to agree to sales targets or performance measures that can lead to breaching their legal and ethical responsibilities as a health care professional.

Competition – With 77% of optometrists having at least two competitors within 2km, you need to have an especially good business strategy if you are looking at setting up a practice in many areas of Australia. With the consultation fees optometrists receive from Medicare being “on hold” sometimes for years at a time, the industry body Optometry Australia is encouraging optometrists to charge private fees to ensure their practices are sustainable. The market for selling spectacles is also becoming more competitive, with some people now buying their glasses online rather than in optometry practices. 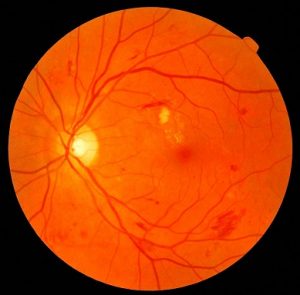 Difference between an optometrist and an ophthalmologist –  There is a distinct difference between an optometrist and an ophthalmologist. An optometrist is generally the first port of call where a patient needs a routine check up, glasses, contact lenses, treatment for a sore eye, removal or a foreign body, low vision aids, need to be checked for eye problems relating to diabetes, or have symptoms such as seeing flashes of light or new floaters in the vision. An ophthalmologist is a medical practitioner who is able to treat the full spectrum of eye diseases, which can involve surgeries including cataract surgery.

Right attitude – Health professionals including optometrists deal with different people in different clinical scenarios every day. Some optometrists have taken up the practice of mindfulness in order to assist with the demands of the profession:

What do optometrists do and where do they work?

Click here for an overview about the profession of optometry in Australia.

During an eye examination, an optometrists will check a patient’s vision, see if they require visual aids to focus their eyes, check the health of the front of the eye, inside the eye and measure the eye pressure:

Common conditions diagnosed by optometrists include macular degeneration, cataracts and glaucoma. There has been some controversy over whether optometrists should be independently treating eye conditions such as glaucoma. There can also be cases of retinal tears and detachments, which are serious and can require treatment by an ophthalmologist within hours or days. Optometrists also commonly screen patients with diabetes to detect problems such as haemorrhages in the eyes, and refer patients to an ophthalmologist for treatment as required.

Areas of specialization in optometry include fitting complex contact lenses such as ortho-keratology lenses, low vision, behavioural optometry, research and teaching, doing pre-and post-operative consultations in an ophthalmology practice and ocular therapeutics. Students commencing an optometry course in Australia will have ocular therapeutics as part of their degree. That is, they will be qualified to treat many problems such as eye infections and inflammations with eye drops.

Given that approximately 40% of the eye conditions you diagnose are asymptomatic, that is, at the time of diagnosis, the patient has no idea that there is a problem, good communication skills are essential to ensure your patients follow the management plan you put in place. Potentially life-threatening problems such as an ocular melanoma can be picked up during a routine eye test.

Optometrists Amy Fortescue and Jonathan McCorriston talk about unexpected aspects that come up during an eye test in this video:

There is also the possibility that optometrists will be having more in depth discussions with their patients about their general health in the future, as research around exercise being good for the optic nerve, appropriate nutrition for eye health and vision loss due to smoking becomes more predominant.

Click here for optometrist Phil Anderton’s views on being a rural optometrist.

Are optometry graduates getting jobs?

Optometry Australia (formerly known as the Optometrists Association Australia) has forecast a significant oversupply of optometrists by the year 2036, but starting from 2016. Students looking at entering the course can expect a competitive jobs market on graduation.

The issue facing optometry is that three new schools of optometry have opened in Australia (Deakin University, Flinders University and the University of Canberra) so there are more optometry graduates than there were in previous years. According to the Optometrists Association Australia, as stated in the Health Workforce Australia report published in March 2014, “if the increased number of student commencements translate into greater numbers of graduates entering the workforce in the next five years, this will have impacts for the industry in terms of the availability of jobs at levels suited to graduates and early career optometrists.”

According to the Optometry Board of Australia’s data, in December 2013 there were 4,559 optometrists with general registration, which grew to 5,908 by September 2020.

The article ‘The Australian Optometric Workforce 2009’ showed that the number of optometrists in 2009 was ‘more than adequate to meet the needs of the community’ at that time.

Click here for the ATAR for every optometry course in Australia in 2020. The ATAR for optometry is generally over 95.

How much money do optometrists earn?

In 2018 the statistics on myfuture showed that optometrists and orthoptists earn an average of $79,664 excluding superannuation. According to the 2015 GradStats data, the median income for a graduate optometrist was $80,000 per year.

How long does it take to become an optometrist?

To become an optometrist takes 3.5 to 7 years depending on which university you attend.

There are 6 schools of optometry in Australia. These are at Queensland University of Technology, University of New South Wales, University of Melbourne, Deakin University, and Flinders University. The University of Canberra had its first student intake into the Bachelor of Vision Science in 2018, and started offering the follow-on Master of Optometry from Semester 2 in 2020.

Please go to our optometry infographic page for more information on the pathways to becoming an optometrist.

Click here for the latest news about optometry in Australia.

Videos about a career in optometry

Click here to go to our videos about a career in optometry from real optometrists.

Go to this page and click on the links from there.

This page was last updated in January 2021.