Research has shown patient safety and the quality of patient care are closely linked with the education levels of the nursing workforce (Aiken et al., 2003). An integral part of nursing education is achieving a solid foundation of human biosciences and developing strong critical thinking skills (Shields et al., 2011). Yet, nursing continues to be seen as a career not worthy of those who achieve high academic success (Neilson & Lauder, 2008).

Swayed by the media?

How nursing is depicted by the media certainly does not help correct this erroneous view. In 2000, JWT Specialised Communications conducted a study in American children aged between 8 and 16 to discover what they knew about nurses. This study found the TV show “ER” had the greatest impact on their perception of nursing. However, what the students had deduced from this TV show was that nursing focused on romantic involvements and nurses simply “helped the doctor.” None of the nearly 1800 students interviewed could give a compelling reason to become a nurse (Sherman, 2000). These results were replicated by a 2008 study by the University of Dundee which found popular TV shows which portrayed nurses as “brainless, sex mad bimbos” discouraged academically gifted students from even considering a career within nursing (Neilson & Lauder, 2008).

The misconception that nursing is a less intellectual career choice is perpetuated by the astonishingly low entry requirements many Australian universities have for their bachelor of nursing degrees. For Year 12 applicants, entry into a bachelor degree is dependent on achieving a specified ATAR (Australian Tertiary Admission Rank), set for each course by each individual university. A student’s ATAR is a score between zero and 99.99 which reports their ranking relative to all other students (Hiatt, 2012). An ATAR is said to reflect not only the demand for places within the course, but also the quality of those applying (Universities Admission Centre [UAC], 2015).

Australian universities are reportedly under increasing pressure to reduce their nursing degree entry requirements (Shields et al., 2011). In 2012, Murdoch and Edith Cowan Universities accepted students into their bachelor of nursing programs with ATARs as low as 55, which roughly equates to an exam average of 47.25 per cent (Hiatt, 2012). In 2014/15, ATAR cut offs for a standard bachelor of nursing degree ranged from 51 at La Trobe University to 78 at the University of Newcastle (UAC, 2015).

These low entry requirements see nursing often viewed as a back-up career choice and high achieving students pushed into careers, such as medicine, which are deemed more suitable to their intellect. This view is at times also further propagated by those within our profession. As a high performing student during my nursing degree, I lost count of the number of times other nursing students, tutors and even lecturers asked me why I wasn’t studying medicine instead.

The complexities of nursing

I believe those who don’t view nursing as an intellectual pursuit fail to understand the full complexity of our profession or appreciate the diverse opportunities it has to offer. Nurses are involved in all levels of health care, from research and education to management and government advisory position. I know more Dr Nurses, that is nurses with PhDs, than actual medical doctors, and a large number of my 2012 graduating class have already completed or are enrolled in post-graduate degrees.

But nursing isn’t just about intellect and this is where viewing nursing as a back- up career becomes an issue. It might sound clichéd, but it takes a certain type of person to be a nurse. To deal with the emotional side of our work, to put up with being yelled at or abused, to care for that patient on one of those days, takes more than just good grades. To cope with the reality of nursing, it takes kindness, compassion and courage. Those who don’t have these attributes, who don’t have a passion for our profession, who never really wanted to be a nurse in the first place, are the ones I see struggle every day. They quickly become negative and can often start conversations with questions like ‘why would you ever want to be a nurse?’

Nursing is not without its draw backs. It’s a tough job but it’s also one of the most rewarding careers you can choose. It’s intellectually stimulating and emotionally fulfilling. It’s challenging and demanding, but worth the effort. In my opinion, nursing should never be considered as a fall back career. Nursing should be considered a first choice for a profession and is anything but a back-up. 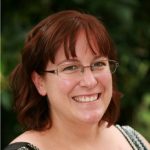 Laurie graduated from the University of Newcastle with a Bachelor or Nursing in 2012, and as the nursing student with the highest grade point average, was awarded the Prize for Nursing. She is currently completing an honours research project on demonstrations of moral courage by undergraduate nursing students.

In 2012, Laurie was chosen as one of five participants to be involved in the Australian College of Nursing’s Emerging Nurse Leader program. The 3 year program mentors early career nurses to develop skills in communication, team development, business acumen, lobbying, presentation skills, research skills and project management.

Laurie’s articles on My Health Career:

More resources on My Health Career: