The Royal Australasian College of Surgeons (RACS) has appointed an expert advisory group to deal with concerns of bullying, harassment and discrimination in the health sector, with RACS President Professor Michael Grigg saying that the College has zero tolerance for such behaviour.

Prof Grigg has stated that “Bullying and harassment must be notified and must be investigated. This is fundamental to correcting behaviour and ensuring inappropriate decisions or actions are addressed.” 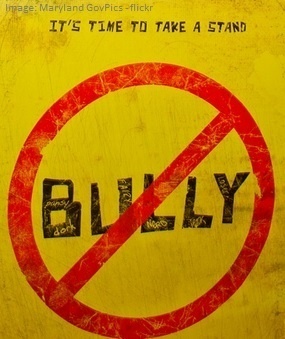 Professor Grigg said that the issue of harassment and bullying was much bigger than any one hospital and the College had already written to all Ministers of Health across Australia and New Zealand seeking to engage positively with them to improve the culture of hospitals and the health care sector. The College recognises there are problems but is determined to be part of the solution.

The advisory group will:

Prof Grigg has said that the advisory group comprises individuals “with substantial experience in equal opportunity, racial discrimination and regulatory issues” and has announced that the group members will include:

Following on from Dr Gabrielle McMullin’s explosive but tongue-in-cheek comments that in terms of her career, surgical trainee Dr Caroline Tan would have been better to give in to the senior surgeon’s advances when he attempted to sexually assault her, the issues of sexual harassment and medicine have received a lot of media attention.

Yesterday Dr Tan called for the RACS to hold an inquiry into the treatment of whistleblowers such as herself, but said the investigation should be independent. She called the RACS an “Anglo-Saxon boys’ club.

According to a report from the Medical Observer, prominent doctor and former Australian Medical Association President Professor Kerryn Phelps has said that if she were AMA president, she would be calling a summit meeting of the colleges and thrashing out this issue. She said she would investigate the extent of the problem and take Army Chief Lieutenant General David Morrison’s approach of handling sexual assault in the military. That is, zero tolerance.

Last night Fairfax reported on a Victorian surgeon resigning from The Alfred Hospital after a series of complaints about sexual harassment and poor surgical decision making were made by at least seven junior doctors and other medical staff.

Earlier on this week Prof Michael Grigg responded to the open letter (published by The Age) which was written by an anonymous female surgeon who said that sexism in surgery humiliates her every day. He said that bullying and harassment needs to be addressed, not just as a professional body such as the College, but by employers like Hospitals and Departments of Health and most importantly by all of us as individuals.

More recent articles on this topic on My Health Career: