Accredited Practising Dietitian Sally Marchini was diagnosed with type 1 diabetes almost 40 years ago and then coeliac disease 13 years ago. It was that second chronic disease diagnosis that inspired her to go to university to become a dietitian, both to benefit her own health and lead by example to help others to enjoy life/food when dealt a condition related to food intake. Sally sees clients from all over Australia via Skype for all types of diabetes, coeliac disease and food intolerances. For more information please visit www.marchininutrition.com.

“So many people are encouraged via various influencers to try going ‘gluten-free’. As an Accredited Practising Dietitian who has a special interest in this area it’s an issue I deal with and research every day. In this article I would like to cut through all the marketing speak for you and, based on current scientific knowledge, explain a little of what it all means.

Up front we have coeliac disease (CD). CD is an autoimmune medical condition that in Australia effects about 1 in 70 people, and around 80% of those go undiagnosed. The diagnosis of CD can be overwhelming for many but it is critical for long term health that people with CD follow a strict life-long gluten free diet. This is because it is the protein gluten that causes an inflammatory response in these people which can lead to various ongoing health issues. Even a small amount of gluten that’s not enough to cause symptoms will cause the inflammatory response – hence the need for it to be a strict and life-long diet.

Gluten is a protein that is found in wheat, barley, rye and oats and some derivatives of these grains. Gluten is not the only component of these grains that can cause people to feel unwell. If it’s not the gluten that’s causing people to feel unwell (which you wouldn’t know unless you had CD ruled out) then the outcome is a much nicer story with no long term damage risk. And the associated symptoms are dose dependent, so easy to manage. This means that with the assistance of an Accredited Practising Dietitian tolerance levels can be ascertained, and people can know that if they really feel like that piece of wheat based cake regardless of their symptoms, they can have it.

Wheat Allergy is a recognised medical condition and affects an estimated 0.27% of the population. It’s unrelated to gluten/CD and people with it must strictly avoid wheat. There is also a condition known as Non-Coeliac Gluten Sensitivity (NCGS), but the long term health of those with it is not put at risk by accidental gluten intake.

Unless it is medically necessary, going ‘gluten-free’ is not a healthier option. 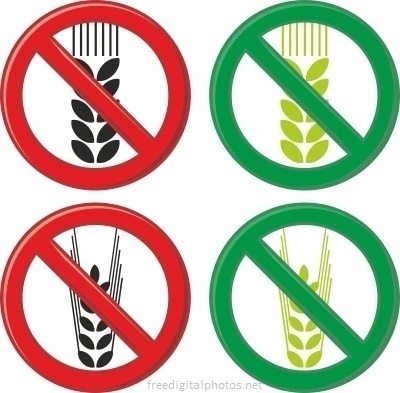 If it means that people cut out processed foods such as fast foods, pies, cakes and biscuits from their diets then you can see that it may be beneficial in encouraging more fresh food intake, which will make people feel better. But many of the ‘gluten-free’ options for the processed foods contain less fibre, more fat, more salt, fewer nutrients and are more expensive.

Let’s look at some facts to help put it all into perspective:

Can you see the risks of people’s self-diagnosis based on these numbers? Please encourage them not to do it.

At this point an important reminder to dietitians and other health care professionals is to ensure that people (or your clients) see a gastroenterologist to have any medical conditions ruled out before embarking on the Monash University low FODMAP diet.

Developed by an Australian Accredited Practising Dietitian in response to her clients’ common complaints, Dr Sue Shepherd’s PhD research is used and further studied across the world to help people who suffer bloating, constipation, diarrhoea, pain and other gastrointestinal disturbances. I mentioned further up about working with an Accredited Practising Dietitian to work out what your tolerance levels are – well here’s how it works.

FODMAPs is an acronym (Fermentable Oligo-saccharides, Di-saccharides, Mono-saccharides And Polyols) which basically means carbohydrate types that are not broken down sufficiently in the digestion process and enter the large bowel where they ferment, attract water by osmosis and feed bacteria that create gasses. This all contributes to the symptoms people experience with IBS. Dr Shepherd has created a short term diet (6-8 weeks) where all foods containing FODMAPs are removed from the diet. Your dietitian will help you to find suitable alternatives and ensure your diet remains nutritionally balanced. The next stage is called ‘Liberalisation’ and involves reintroduction to determine individual tolerance levels within each group.

Within the 5 FODMAP groupings there’s one called ‘Fructans and GOS’ which, among other foods, includes wheat, barley and rye (3 of the 4 gluten containing grains) and these foods are malabsorbed in every body. Some people experience worse symptoms in this group than others, so it’s all about finding your client’s tolerance level. If it’s found that they are sensitive in this grouping and haven’t yet had CD ruled out, it’s strongly suggested that they do this sooner rather than later.

After the liberalisation, clients should be managed on an ongoing basis to ensure ongoing nutritional adequacy including bowel health which can become a greater issue if restrictions are over-imposed.

In summary, it is important for clients to see a gastroenterologist to have other health conditions ruled out before starting a low-FODMAP diet, and an Accredited Practising Dietitian before putting themselves on a restrictive diet for the reasons of potential misdiagnosis, malnourishment and unnecessary restriction of otherwise nutritious and delicious foods.

The closed Facebook group ‘Be Well Gluten Free’ has about a dozen Accredited Practising Dietitians as members so people can feel safe with the input of qualified health care professionals to ask questions and find out in a balanced way how they should progress for their own best health interests.”