Okay, so as a human being usually I like it when my predictions are right….. but…. not so much when it involves Australian university graduates missing out on jobs.

The GradStats data was released this week, and shows that 20.4% of these graduates have so far missed out on a full time job. 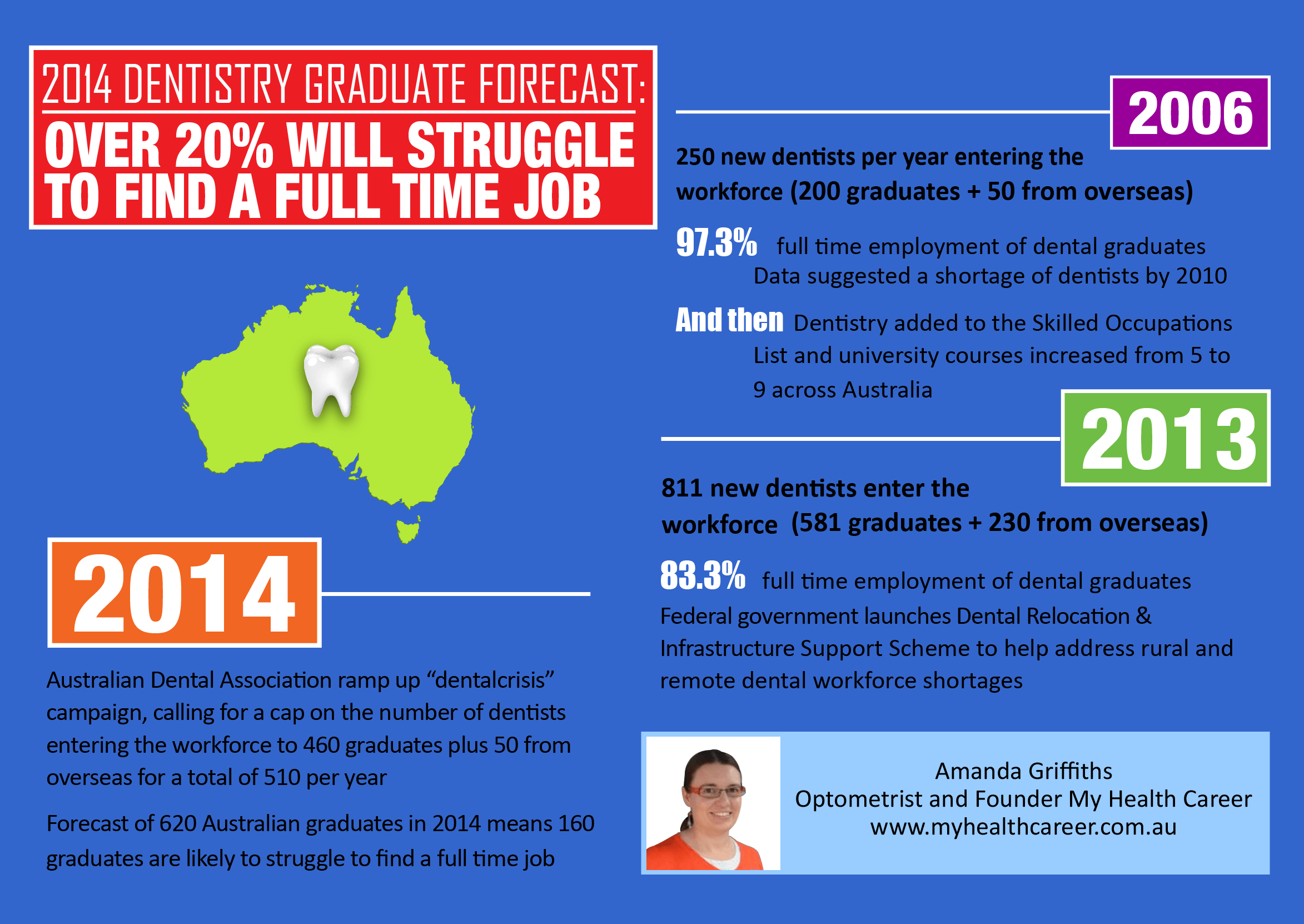 The infographic published in the CDAA’s ACP magazine 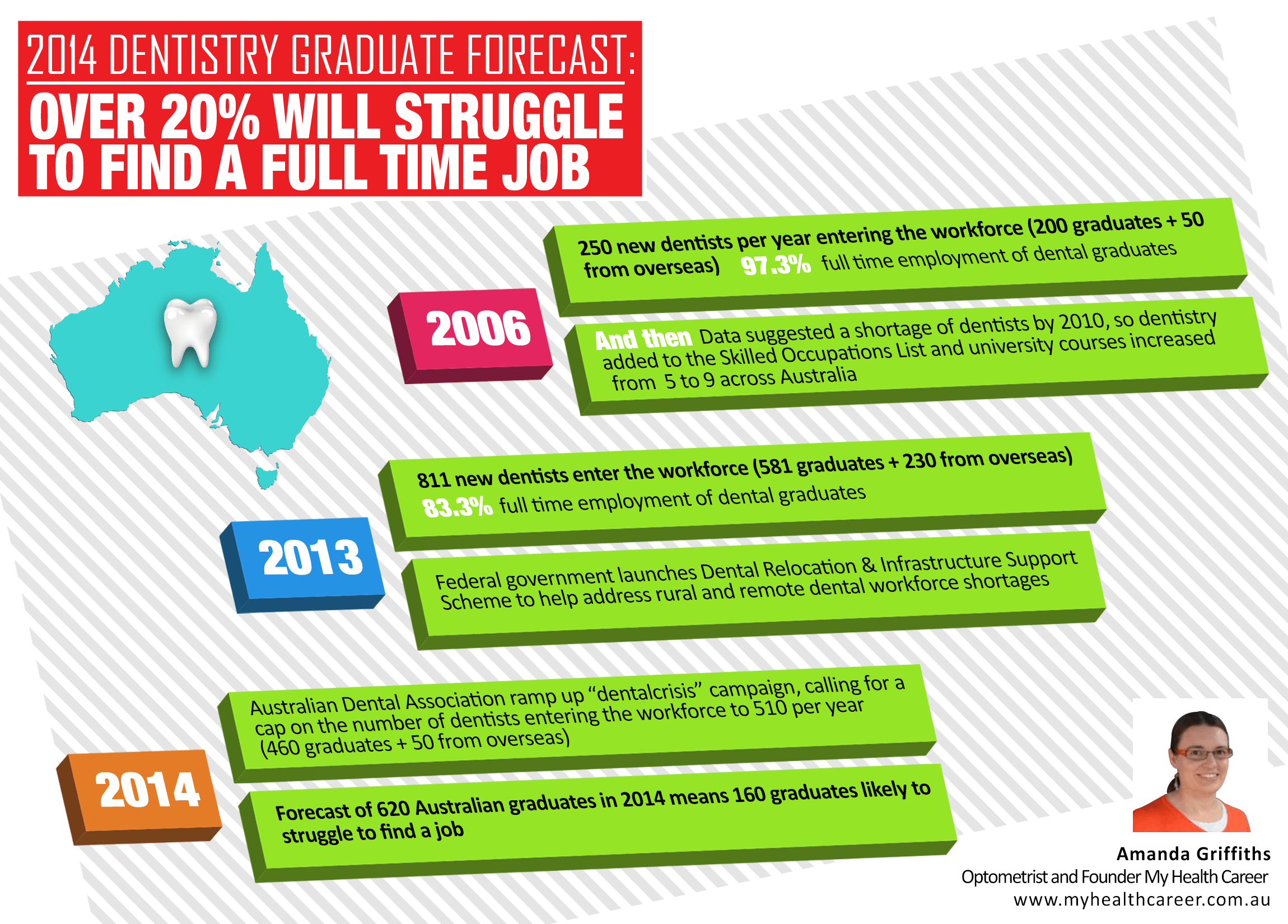 The infographic published in the CEAV journal

And now I’ve updated the graph you may have seen published on My Health Career in previous years to include the 2014 data: 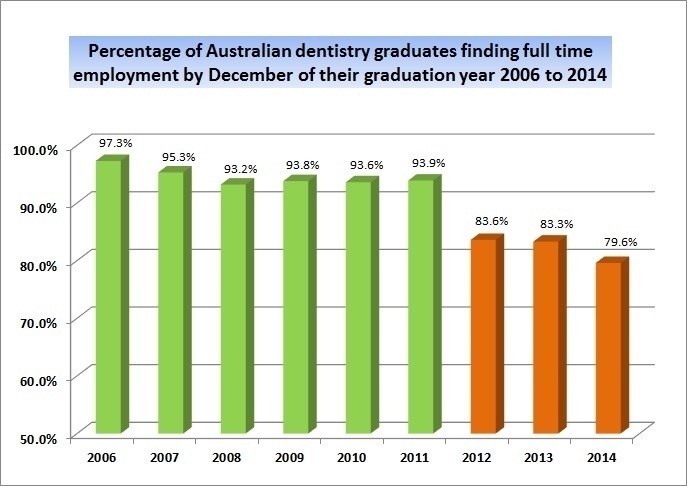 Best wishes to the 20.4% of 2014 dentistry graduates who are either not working at all or working in a part-time or casual job until you find full time work. May 2015 and beyond be prosperous and fulfilling in terms of your career.